Also known as non-malingering syndrome, Streff syndrome is a functional eye problem which typically involves blurred or reduced near and distance vision, poor eye movement (both slow and fast) and eye teaming capabilities, a decline in focusing and loss in visual field. It is a condition which is mainly exhibited in young children going through periods of emotional or visual stress.

This condition is not an abnormality with the physiology of the eyes, rather it has been associated with the brain and how it processes what you see. For that reason, streff syndrome is considered a type of amblyopia, which is psychogenic and involuntary in nature.

Primarily, streff syndrome is linked with stress. As stress level goes up, either due to factors such as work, education or family, a person’s eye health starts to gradually deteriorate. The person then no longer has control over their visual system. As a result, focusing becomes hard, his field of vision is affected by the tunnel vision effect, and the function of the pupils becomes poor during various light conditions. In short, since stress syndrome is directly related to stress levels, it is likely to vary with fluctuating stress levels.

Symptoms of streff syndrome include blurred vision when trying to focus near and far distances, double vision, sensitivity to light, poor coordination, melancholic or erratic behavior, poor academic performance or increased ineptness owing to objects not being noticed by the person.

Children and individuals at early pubescent around the ages of 10 to 14 are usually affected by the syndrome, and females are more likely to be affected than males.

What Can Be Done?

The first and foremost step is to identify the cause of stress, and take the necessary action to resolve the problem. If your child is experiencing some kind of emotional strain, get involved in the matter and also ask teachers to contribute to the matter as well. Other steps that can be taken include:

The Streff Syndrome is not a widely known condition, and for that reason it becomes even more important for the diagnostic process to be undertaken by a qualified professional. If the correct diagnosis is not made the syndrome will go unnoticed and untreated.

Visual examination and vision therapy combined will work towards solving the problem. Since the condition is a functional eye problem, it can be commonly mistaken as a behavioral issue. Thus, if you are a parent, you need to be more careful and vigilant with your child’s condition and should seek medical assistance without delay to stop the problem from getting out of hand. Closely examine your child’s academic performance since a sudden decline in academic performance is a great indicator of streff syndrome. 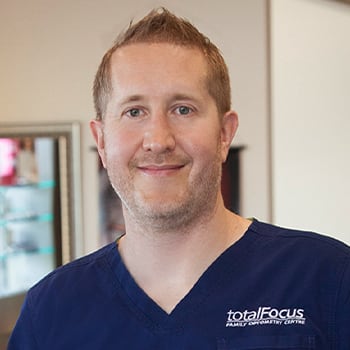